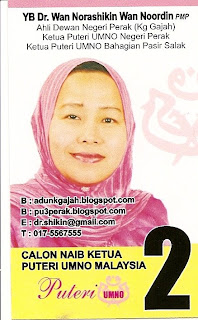 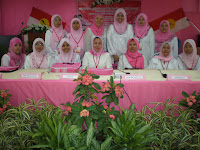 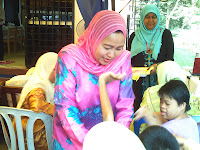 I have to confess. UMNO has always been my party even before I joined UMNO. Along with many middle-of-the-road university students and later as one of the many moderate, apolitical group of government servants, UMNO was my choice as a voice of moderation.

Pakatan on the other hand, are a mismatch collection of hard-core religious fanatics, urbane & sophisticated religious types trying to distance themselves from the fanatics, eco-warriors & NGO activists, frustated ex-UMNO leaders, Malaysian-malaysia diehards from Tun Razak's generation and good-old Communal chauvenists. Oh, and of course those who are not exactly fans of a Malaysian Indian-based party. While PR tries to look like a centerist-based party, it is amazing that people overlook how bizzare and at opposite ends their leaders' platforms are. I suppose you have to give them credit in seating together Karpal, Hadi and Dr Wan Azizah in one room especially when each leader's position on certain issues like Hudud for eg. are very opposite to each other.

UMNO though, has always had a history of moderate policies, harmonious relations & good and practical governance since Merdeka and even before. We attained independence from the British without bloodshed. We defeated the Communist Insurgency on the battlefield and afterwards persuaded the remnants of the Communist terrorists to surrender & lay down their arms through negotiations. We stopped Sukarno in his tracks by defeating his paratroops & guerillas in Sarawak & Johor and forced them to abandon thier war-cries of "Ganyang Malaysia" when they finally agreed to cease hostilities at roundtable discussions. Led by UMNO's leaders, the BN Government's tradition of moderation has arguably been the cornerstone of Malaysia's success. 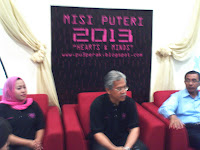 We may not have fared well in some elections. The younger generation may not remember that BN had also lost some seats and states before. The 12th GE may be a low point in BN's history but it is not the last chapter of BN, as some Pakatan's over-enthusiastic cheerleaders would like us to believe. When Anwar Ibrahim was apprehended in 1998, everyone thought that BN's days were numbered. We lost Terengganu. Hadi Awang became a YAB MB. Things looked rosy for the DAP & PAS match-made-in-Perdition. Yet, Idris Jusoh proved otherwise. Before there was such a thing as the 2008 political Tsunami, BN's "Gelombang Biru" or Blue Tidal Wave swept PAS almost completely off the face of Terengganu in 2004.

BN may have been humbled in 2008's GE. Contrary to what Anwar thinks though, BN may be down but we may also not be out. Just ask Karpal & Kit Siang. At one time, voters voted them out of Parliament to punish their alliance with PAS. They won back thier seats, sure, but this just proves that one can always come back in politics.

Datuk Seri Najib took only a couple of days upon assuming command of BN Perak to figure out the weaknesses of Pakatan, act upon it and on Feb 6th, Perak was finally liberated from Pakatan's atrocious mismanagement of the Silver State. Contrary to what the spin doctors of Pakatan would like you to believe, a good majority of people in the kampungs rejoiced at PR's downfall. From the 999 year land gift for cheap communal political points, to buying new expensive cars for the PR's MB & excos to use when people in Malaysia & Perak were being retrenched left and right in a global economic downturn, to handing out state money, meant for the handicapped and the terminally ill, to healthy dependants of ISA detainees; Pakatan has been finally deposed from their 11-month pretence of a government.

Why not call a fresh state election, they ask? Well, why are you so anxious to spend money we can't afford just to test one's popularity? Pakatan may have a lot of money to burn, but the rakyat can ill-afford to go through the process of a state-wide election so soon after having one just less than a year ago. Face it, BN has the majority of the elected reps at the State Dewan, DYMM Paduka Seri Sultan Tuanku, a learned former Lord President of the Judiciary, has made a decision after thoroughly interviewing the 3 reps concerned and acting upon his full constitutional powers in the interest of his Perak subjects, chose to invite the Member of the State Dewan who in his opinion commands the majority of the Reps in the State Assembly. Tuanku acted in the interest of all Perakeans and in the interest of his beloved state. Now is not the time for petty politics. BN has the majority, plain & simple.

The latest ploy by Pakatan is for the Speaker (S Sivakumar - left) to arbitrarily suspend BN's 7 reps when even Karpal says that only the Dewan can decide on such a suspension. The Speaker can only recommend it. Ex-MB Nizar then hapily tells everyone that his arithmetic-based plan is to deny the 7 reps their right to enter the dewan, deny entry to the 3 reps who they claim have vacated theirs seats (through their patently mischievious pre-signed, open-dated letters of resignation; which the courts have previously said are not valid and unconstitutional) and call for a motion of no confidence with the numbers that they have. Oh, and being petty, PR wishes to change back their leather chairs at the Dewan back to the ones they had when they were formerly in government.

This is how Pakatan works. Derhaka kepada Sultan, riots after performing prayers, Kurang ajar in stopping HRH The Raja Muda's car, bringing children & women to riot for them, squatting at the MB's Residence when they should go, terrorising YB Hee with malicious statements, the Speaker's nonsensical moves, an "EXCO meeting" more akin to "main masak-masak". It's good for BN to ignore them. Pakatan has been nothing but a disgrace in Perak.

The next GE will probably take place by or before 2013. Tell Anwar, that what Pakatan wants ie to test it's popularity, can be done then. Meanwhile, by April 2009, Datuk Seri Najib will lead UMNO & BN. Perak's new government will need to work hard, avoid the mistakes of the 2008 GE, put youthful faces to go againts PR's young candidates and go on overdrive to ensure that Perak's voters remain with BN. Make no mistake, if BN can lose in 2008, we may get a repeat if we are not careful.

UMNO in Perak won most of their seats in 2008. MCA, Gerakan, MIC & PPP between them won just 1, through YB Dr Mah at Chenderiang, Tapah. UMNO's Dato Samsudin of Tapah made sure BN won in every seat in that constituency, be it Parliament or State. UMNO's Fadzil Che Wan in Bukit Gantang won a thumping 5000 majority in 1999 even when Anwar was arrested. Tan Lian Hoe, a Gerakan outsider, was also given an 8,888 majority by BN's voters in 2004. We only lost in 2008 because they didn't want another outsider yet again.

BN's component parties need to understand that in order to defeat PR we need to be stronger in every seat we contest. This is not the time for the "I-also-want" attitude. Some parties need to lay off claiming seats & party quotas. Others need to either go join Pakatan or cease and desist running down your ally in BN. We must win the Elections first, using the best possible chance and party to contest, then only figure out the rest.

Meanwhile Perak's BN government needs to do 4 things. Make sure they throw out Pakatan's court cases and defeat Pakatan's attempt to do a coup d'etat at the Dewan. Undo Pakatan's mindless & populist and communal policies, and explain clearly & articulately, why decisions should be made in the interest of all, not just some, Perakeans. Bring younger faces & talents to BN's ranks from the bottom to the top to negate the influence of PR's new reps. Work together among BN parties and within UMNO's ranks in Perak for the singular cause in ensuring the rakyat's interests are protected through BN's victory.
Posted by Pusat Khidmat Masyarakat ADUN Kg Gajah YB Dr Wan Norashikin at 7:52 PM 2 comments: 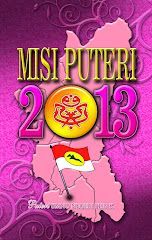